Mary is the woman from Senator John Kerry’s office who put me in touch with the right person at the White House. If it wasn’t for Mary’s help, I probably would never have had the opportunity to meet the president and deliver the books of messages. I can’t say Thank You enough to her. 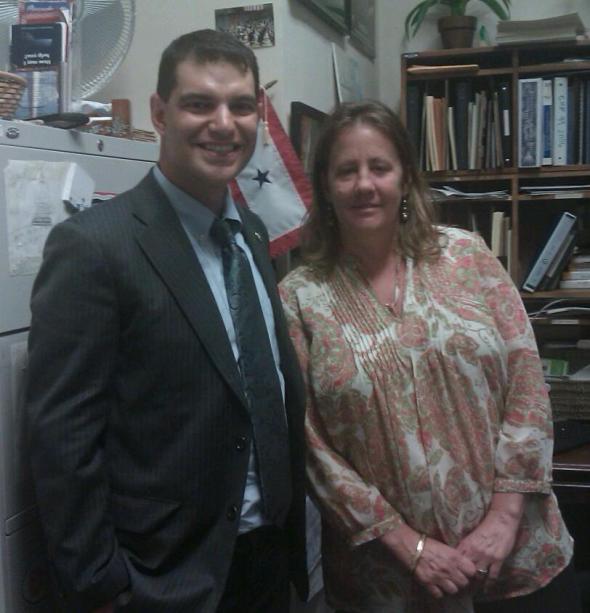 On December 1st, 2011, I met with President Barack Obama in the Oval Office. During this 15-minute sit-down meeting, I personally handed him your messages. It was an honor to represent my fellow Americans, and I gotta say, 15 minutes alone with the Leader of the Free World was pretty intense! I've posted all of the original messages at www.WalkAmerica2008.com . There's lots to see there... enjoy!

What is Walk To The White House?

In 2008 I walked across America, 4250 miles from San Francisco back to Boston. I carried a blank leather-bound journal and asked people he met write their personal message for the soon-to-be-elected President of the United States. By the time I finished in Boston ten-and-half-months later, I had collected thousands of handwritten missives, from welfare recipients to business owners to teachers and farmers, on topics ranging from the economy, the environment, UFO research, to the War on Terrorism, even notes of congratulations and advice for marital bliss.
+++++++++++++++++++++++++++++++++++++++++++
Now, thanks to Sen. John Kerry’s office, I have an appointment to meet with President Barack Obama in the Oval Office. True to the spirit of the original walk, once again I am walking the 450 miles from Boston to Washington D.C. I set out from the Mass. State House on October 30th and I must cover an average of 16 miles per day to make my meeting on December 1st. Again, I'll be collecting messages for the president along the way. Check back here for updates, photos and notes, and thanks for reading.

The 2008 route covered 4250 miles through the four major regions of the United States.